The Financial Plan already reflects the accumulated treasury balances, and presents positive balances in all the years of the period under analysis. After the start of the project, we can consider that it is self-sufficient in terms of generating resources that allow its financial sustainability.

The balances of the financial plan are reflected in the forward balance sheet, either on the Asset side, as positive if any, or on the Liabilities side, for other creditors if negative.

In the following chart we can see the evolution of the annual cash balances, and it can be seen that they are positive in all the years of the project, assuming an increasing tendency, constituting an important guarantee for the investors with respect to the capacity of generating means for the fulfillment of the responsibilities of the
project:

(97% of Total Assets in Year 0), which deteriorates marginally in year 1 (96%) but tends to stabilize in the following years of the projection period (96% of the Assets) , a symptom of the economic and financial health of the project, and the good capacity to generate funds, revealing a high independence of the company 's creditors.

In this area, we have prepared several ratios that mirror the behavior of exploitation in the early years:
• Sales reflect significant annual growth in the first few years, on the one hand due to the change in the utilization rate of productive capacity, and on the other hand, due to the effect of inflation;

• The net profitability of sales varies between 11% in Year 2 (2020) and 16% in
Year 10, which can be considered a relevant profitability, vis-à-vis the sector
in which the business is inserted;
• The profitability of the Asset is satisfactory, assuming an average annual rate of about 12.2% over the projection period to a certain extent, owing to the high investment base;
• The average annual return on Shareholders' Equity, during the project period (Year
1 - Year 10), taking into account the high base of Shareholders' Equity, reaches an average rate of 12.9% per annum;
• The financial autonomy obtained for the project period reaches quite high levels, due to the relevance of annual operating results;
Considering the assumptions considered and the economic and financial indicators obtained, it is worth highlighting the good economic and financial performance of the project: 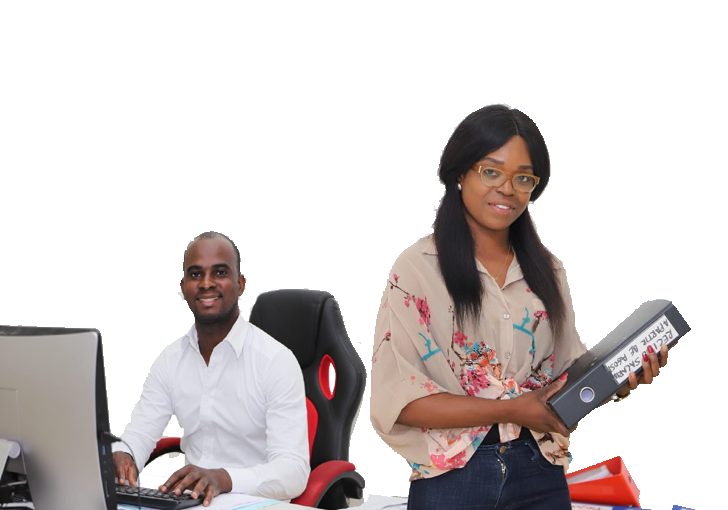 Overall liquidity, as of year 1, shows an above-normal level (greater than 2), largely due to the project's ability to release resources, in addition to the fact that alternative liquidity surpluses.

Taking into account the assumptions previously presented, the project presents Gross Income above the Critical Point of sales, starting with Year 1 of the project, denoting a positive safety margin of 85%, which rises from Year 2 to 153% and higher levels in the following years, for greater project safety.

Particular emphasis is placed on the high positive value of Cash Flows (USD), starting with Year 1 of the project activity, revealing a good ability to self - finance the activity. The GVA reaches very comfortable values, constituting an excellent indicator of the contribution of the project to the formation of the national wealth.

IMPACT OF THE PROJECT ON EMPLOYMENT

Notwithstanding the indicators already mentioned, it will not be too much to reinforce the importance of the project for the creation of employment, of which there are 190 jobs to be created starting from Year 3 of the project.

Finally, it is important to check how the main project evaluation indicators behave in the light of a change in the sales price of the final products. From the analysis of the table below, we can infer the following conclusions:

1. Considering the current situation, ie the management model adopted, the
investment, financing, and production, at the marketing prices considered in the study, it is feasible to operate on a private basis, since we obtain comfortable values ​​for both NPV and TIR;

2. If the sales price (USD) per tonne of each product falls to 9,025% compared to the prices considered in the study, the project still deserves economic viability, but remains at its threshold;

3. Finally, if the selling price (USD) per tonne of each of the
products, record increases, whatever they may be, but for the purposes of
comparing, we consider only 5%, keeping
costs, the conclusions on viability are
would be expected

This economic, technical and financial feasibility study, prepared for KIKOLO, SA, within the framework of the investment to be carried out in the implementation of a wheat mill in Kikolo - Cacuaco, Luanda Province, allows us to assess the macroeconomic and socioeconomic conditions in which the project will move, as well as on the characteristics of the zone of implantation. In addition, it contributed to the verification of the conditions for the exploitation of the wheat milling activity in the project installation area, and
to assess the state of development of the sector, the industry framework in the sector and the Angolan market, and the future prospects of the business,
It was concluded that there is some internal competition at the level of wheat milling but that it will not be an obstacle to the success of the project, given the ambition to market wheat flour and wheat flour in a market growth, and to promote the diversification of the business
for the bakery and pasta sector, at a later stage.
The total investment to be made by the company amounts to USD 57,936,996.00, including the investment in intangible, tangible and working capital, whose coverage is estimated at 95.56% of Equity, and of 4 , 44% of the Company's Free Media.
In addition, the products to be produced were identified (wheat flour and
wheat flour), and the prices to be practiced, and it was concluded that the value of sales of wheat flour and wheat bran could reach the total amount of US $ 132,585,624.00 in Year 4, and the following , mainly for the
intern market. The project provides a good remunerative capacity, allowing for the self - financing and the settlement of the assumed financial commitments, without constraints.

The TIR, VAL, PRC and VAB indicators ensure the viability and financial solvency, with good rates of return for the type of investment and assumptions considered, leaving no doubt about the interest in the implementation
of the project.

Technical, Economic and Financial Feasibility Study In the social field, the project contributes to a greater supply of
achieve 190 direct jobs in Year 4 and beyond, and for a better distribution of wealth.
The project admits up to 9.025% of negative changes in the sale price of the products
of the portfolio, while continuing to ensure economic-financial viability.
The direct contribution of the implementation of the investment to the OGE is relevant, because in 10 years of activity, a minimum amount, corresponding to 12,602,212.01 North American Dollars relative to various taxes and contributions can be channeled into the state 's coffers generated by the activity (Stamp Tax, Social Security, IRT, import duties), in addition to the potential amount of US $ 51,805,104.15 related to Industrial Tax, as evidenced by $ 64,407,316.15
North Americans.

It is concluded that the investment project in the implementation of a wheat mill, to be promoted by the commercial company KIKOLO - SOCIEDADE INDUSTRIAL DE
MOAGEM, S.A., in the locality of Cacuaco, Province of Luanda, is feasible, both in the technical and social sense, as well as economic and financial.